The diving sites located between Koh Phi Phi and Phuket include King Cruiser Wreck, Anemone Reef, Koh Dok Mai, and Shark Point (Phuket). These diving locations offer those diving from Koh Lanta something different from what there is around Phi Phi and Koh Haa. The distance from Koh Lanta is quite far (25 nautical miles), but still absolutely possible on a day trip from Koh Lanta. They are also on the itinerary of just about every Koh Lanta liveaboard diving cruise. King Cruiser Wreck and Anemone Reef are right next to each other, with Shark Point and Koh Dok Mai a very short distance away. Although new, inexperienced and learning divers often visit these diving sites, they are really more suited to those who have 10+ dives experience. For more specific and detailed information, videos, pictures, and Google maps for the Phuket diving sites, just click on the titles or images below. 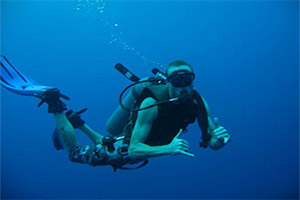 One of the most popular diving sites in the Phuket area is The King Cruiser Wreck. It is a large car ferry which sank between Phuket and Koh Phi Phi nearly twenty years ago. It's unsuitable for novice divers, but those who are Open Water can and do dive there. Advanced divers and above will enjoy the dive site and its abundant marine life. 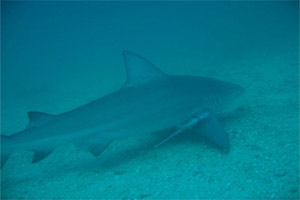 Shark Point is a very popular dive site, visited by boats from Koh Lanta, Phuket, and Koh Phi Phi. Its name is easily confused with many other 'Shark Points' in the region, but this is regarded as the 'real Shark Point.' Non-Phuket dive centres may refer to it as 'Shark Point Phuket' or 'Hin Musang.' 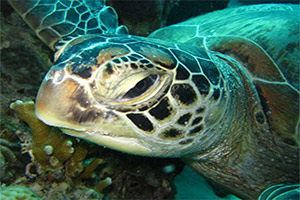 Anemone Reef between Koh Phi Phi and Phuket is one of the most popular diving sites in the area, and for very good reason. It can be dived by all levels of diver, has lots of colour and healthy marine life, and is ideally located to serve those boats coming from the two aforementioned islands as well as Koh Lanta diving centers. 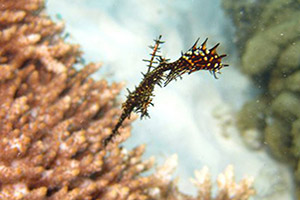 Koh Doc Mai is a wonderful dive site located less than 20 km. east of Phuket, in the direction of Koh Phi Phi and Koh Lanta. It is quite deep, but has lots of colourful life right up to the surface and can be dived by all levels of diver, including absolute beginners. 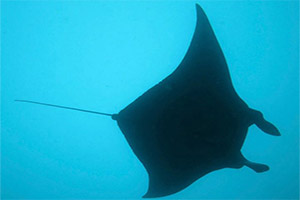 Racha Noi is one of two islands just south of Phuket and directly west of Koh Lanta. Although not many Koh Lanta diving trips visit the Racha islands, there is some great diving to be had there. They are also known as ‘Raya Islands’ and ‘Raja Isands.’ 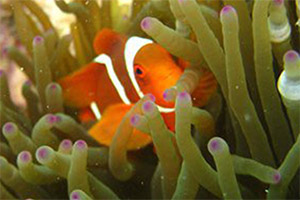 Racha Yai (Raya Yai / Raja Yai) is a granite island 20km directly south of Phuket and about 60km west of Koh Lanta. It has a few resorts and shops, but is generally a very quiet island, in contrast to Phuket. There are good dive sites here, mainly down its east side, but with a couple in bays in the north-west corner.